Choosing an Instrument: Are You a Pack Animal or Lone Wolf? 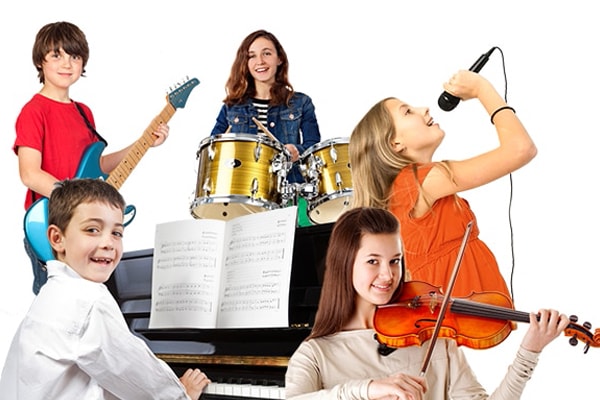 How does a person come to play a particular instrument? Some seem born knowing what they want to play, and just naturally gravitate to it. Many will get inspired by watching or hearing another player, and be motivated to try their own hand at it. Others get the family instrument forced on them: Little Johnny WILL play the insert instrument   because we already own one!”

But what if you have a choice and don’t know exactly where to begin?

It’s common to feel unsure about choosing an instrument if one of the first three scenarios doesn’t apply to you. Which instrument will you enjoy practicing? Which will you understand? Which will make you feel the most musically fulfilled? Then there are the practical factors to consider: the cost of the instrument and necessary accessories, it’s size and the space it will require, the relative loudness it generates (just how much aggravation might the neighbors tolerate?).

These are all important aspects in choosing an instrument, but before tackling those logistics we are going to focus on a different area, and ease into the process of making an informed selection. We are going to concentrate on your musical taste, as well as your intent to play solo or with other musicians, to start zeroing in on what resonates with your personal groove. Let’s dive in!

Playing music with others is great fun especially once you get some solid chops going, and for this goal you may want to look into learning a natural “ensemble” instrument. Ensemble simply means group-playing, and while every instrument can be played in a group setting, some work quite easily going solo as well— consider this when contemplating whether you’d prefer to play by yourself a lot, or to get together with the gang for practice.

Let’s get specific and explore which ensemble instruments are typically combined in particular types of music.

Rock, pop, and blues predominantly feature one or more electric and/or acoustic guitars, a bass guitar, drums, and vocals either provided by the players or a separate singer. These are the core instruments, however keyboard or piano is often included to fill out the group’s sound. When transitioning into the jazz format, you often see piano come from any center; additionally you might see “horns” folded into the mix, namely trumpet, saxophone, and trombone. And if you go Latin with your jazz, you’ll likely also get some hand percussion involved, possibly steel drums, and maybe a flute!

Folk music remains mostly in the acoustic realm (acoustic means to function “unplugged”), though it can otherwise be played by a lineup similar to the core of your basic rock band. A note about most folk groups: they tend toward the smaller size so if you like a more intimate environment, this is a good way to go! In fact, just you and your guitar can even go the solo route for that truly stripped down sound. If you like the singer/songwriter feel, folk or otherwise, an acoustic guitar is your best friend to accompany your songs’ narrative-style lyrics. For an island twist, a guitar can still serve as your companion or you can switch it out for ukulele, or get retro and try out a lap steel guitar.

Bluegrass groups get a little rowdier and feature all manner of stringed instruments such as banjo, guitar, fiddle(s), mandolin, and upright bass or even the occasional washtub bass for extra authenticity. Multiple, tightly coordinated singers are also a signature part of this style. Like folk, bluegrass favors story-like lyrics and keeps the instrumentation heavily on the acoustic side.

Speaking of singing, are you enticed by the limelight the lead singer enjoys? Or do you fancy the idea of blending exquisite harmonies within a “surround sound” of like singers? Consider training your voice! A lead singer in a band gets the true rock star experience and acts as captain of the band’s (and the audience’s) musical odyssey, while members of an a capella group get to meld into pure harmonic bliss among three or more singers’ company on a joint voyage. FYI, many people choose to work on singing as a secondary skill, so as to be ready when called on to add backing vocals as needed.

What about drums? We all need a capable drummer in our lives if we’re hoping to have the structure and drive of a good beat to carry the band. And for those looking for an “easy” instrument, be warned: learning the drums is more involved than it may seem. Managing multi-part beats on a standard drum set takes every limb you have! Bringing in additional pieces (a little cowbell in your salsa band, anyone?) presents an even more complex sequence to execute. This is “rub your belly and pat your head” coordination on steroids! Yet drumming is as fun as it looks, and once you master some basic rhythms, nothing feels more primally satisfying. Bonus: when you get good, you’ll be in demand. Good drummers are sought out and often end up gigging in multiple groups!

Finally, we have the piano. This orchestra-in-a-box allows the player to wield so much complexity of sound, that it really can stand alone in the concert hall. When Elton John held a series of concerts in Alaska several years back, he did so completely solo— his many full band hits rearranged for just piano and voice. But piano/keyboard is also common in ensemble music, and surprisingly takes a more background role. There is a standard hierarchy of band instrumentation and a piano is often added to enhance the core players’ sound.

When dialing in the best instrument choice, it helps to know if you want to go it alone or “join together in the band”. Think about what role, lead or supporting seems most enjoyable to you. And hey, if the decision is really keeping you up at night, remember you’re only choosing your first instrument (wink)!